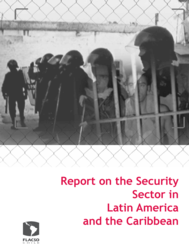 This report published by FLACSO aims to contribute to the understanding of security sector related political and institutional processes in the region since the return to democracy. The development of a systematic vision of multiple institutions linked to the sector is one of the remaining tasks in the process of democratic consolidation in the region. Advances in this area have been uneven on both a thematic and territorial level. For example, the armed forces were heavily analysed during the 1990s in Central America and the Southern Cone, where they played active roles during the civil wars and dictatorships. Similarly, police institutions were the focus of important changes after the signing of Central American peace agreements. However, in most of the countries in the region, reform and research initiatives relating to the armed forces, police and intelligence services are still very limited. This is particularly true of the intelligence sector – progress is still much less evident and, in many instances, reform processes have not yet begun. The consolidation of democracy in Latin America and the Caribbean requires security services that function within a constitutional framework, respecting human rights and the decisions of the ruling government. Within a context of high levels of public insecurity, it is necessary to professionalise the institutions affiliated with the security sector. The development of comparative studies will permit the recognition of political and institutional processes underway, thereby allowing for the identification of weaknesses and the necessary conditions for an agenda to strengthen civilian and democratic management of the sector.